As many of you know, I recently became engaged to Case. After seven and a half years, he finally popped the question. Many of our friends and family would say, “It’s about time!”. I really wanted to share with you how Case decided to ask me to marry him as it is quite unique and fits us as a couple so well!
Case and I go to shows/concerts all the time and many people wonder how we can do it so often, but as a couple we like a lot of different music and can always find some musician/band that is in town playing. So, on November 27th, one of our favorite bands to see in Las Vegas, New Found Glory, was playing at the Hard Rock Cafe on the Strip.
Case had a whole plan up his sleeve and I had no idea anything was about to happen. Case still being the same Case, cracking jokes all night and acting totally normal. As we go through security, I realized they were using a security wand everyone going into the show, somehow I got skipped as the security guard was walking up to Case to get ready to wand him. Now you will see why I got missed below… 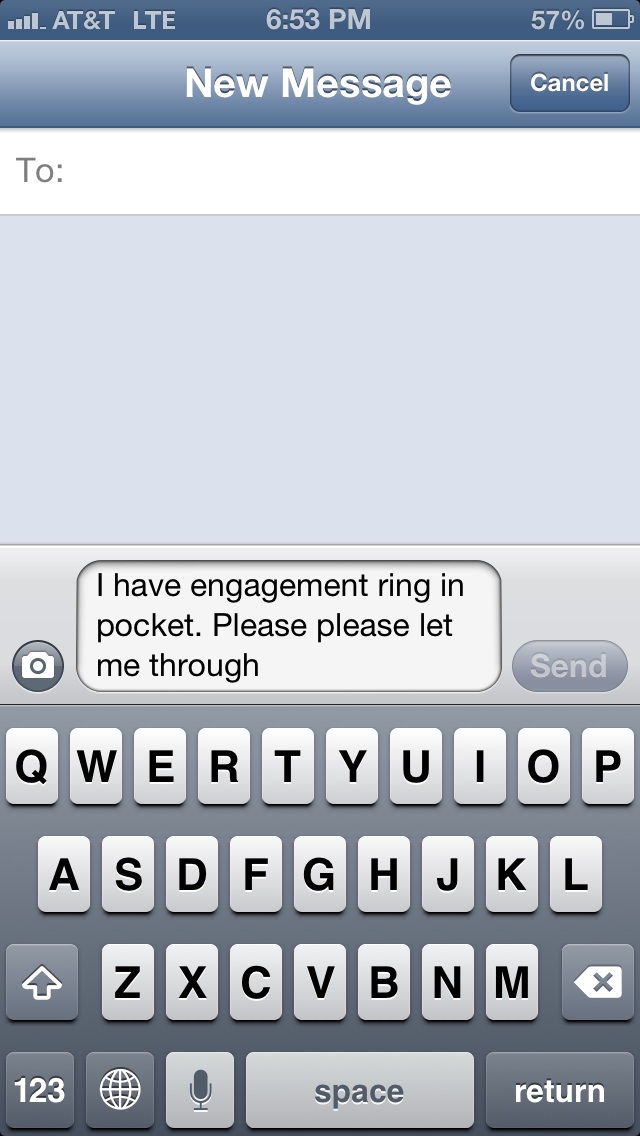 He was worried that the whole plan would get ruined at the very beginning of the night, so he typed a message to the security guy! So cute.
We enjoyed the first band that opened for New Found Glory and then decided to go look at the merchandise table. Angelica of Green Orchid Events was in attendance as well and came along. I do vividly remember Angelica saying, “I could use some New Found Glory merchandise, I will come along.” Little did I know she was in on the secret as well! I asked to look at a sweatshirt that was at one of the tables and low and behold I ended up with two items instead of one. Before I knew it, Case was down on one knee with an amazingly beautiful ring in a box and I had a shirt in my hand that said, “Will you marry me?” 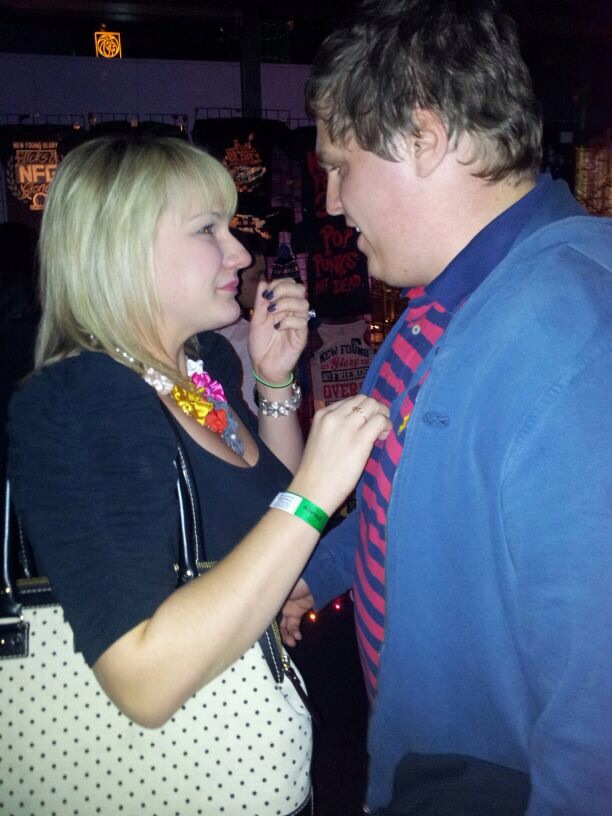 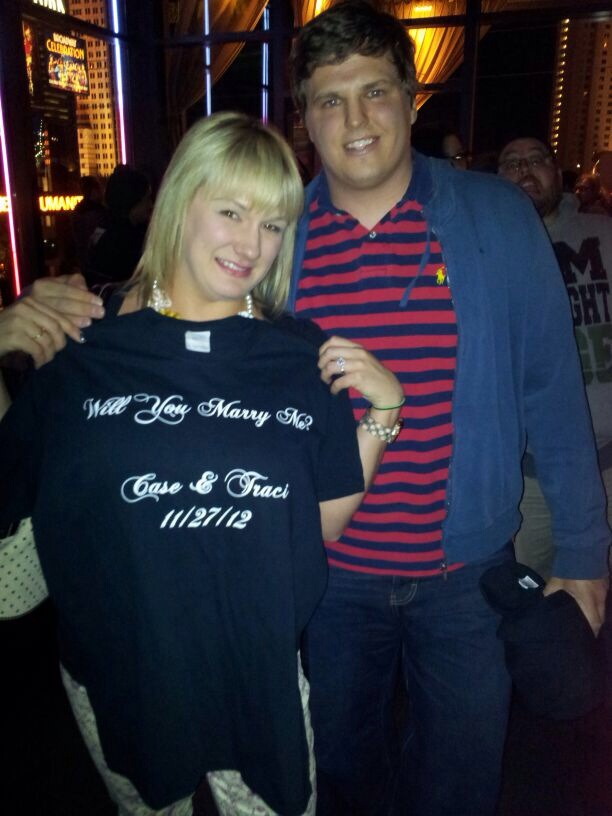 Case had a mutual friend of the merchandise guy and met up with him to give him this shirt that he had made and had the whole thing planned out earlier that day. I could not be more happy with the way everything turned out and think it is 100% the perfect proposal for me as going to concerts is something that we do on a regular basis and really enjoy to do together.

Thank you so much to Angelica, for being an awesome friend and enjoying the concert with me and capturing the photos you did.

I hope you enjoyed this story as much as I did sharing it with all of you. XOXO- Traci