As many of you are aware, the Emmy’s aired live on ABC this past Sunday. And if you know us Scheme girls, you know that we love, love, love our fair share of TV. Shows ranging from comedy to drama to reality, we all have our different loves. Read on below to see which shows we are more than excited for to air this fall.
Traci
Okay… I know after you read this, you are going to wonder how I have time to watch this much television. I must say… I am kind of an addict. One of my favorite pass-times is to watch TV, be it with my lovely boyfriend or alone to catch up on all my girlie epis. Thank goodness for DVRs because this is a lot of television to watch. Sometimes I let my DVR fill up with some of these shows and watch several episodes on a Friday night with a good glass of wine. I can’t wait to get cozy on my couch this fall and watch these shows! 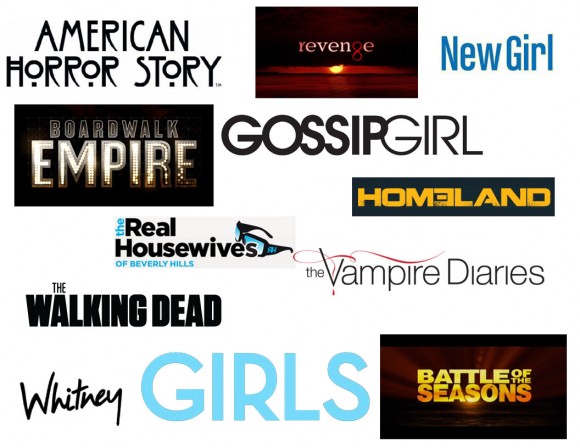 New Girl (FOX)-Premiering on September 25 • Glee (Fox) Thursdays at 9:00pm PST • Go On (NBC) Tuesdays at 9:00pm PST • The New Normal (NBC) Tuesdays at 9:30pm PST • The Voice (NBC) Tuesdays at 8:00pm PST
Rissa:
Well, I am a Bravo girl at heart.  So you know I’ll be tuning in to the Real Housewives of Beverly Hills and finishing up New York City.  I can’t really fall in love with the Miami ladies, anyone else feel this way?!  Jeff and Jenni on Flipping Out are always good for quality comedy and lovely home transformations.  New Girl is definite must see TV.  I’m a gLee fan so that’s on my DVR as well as The New Normal. 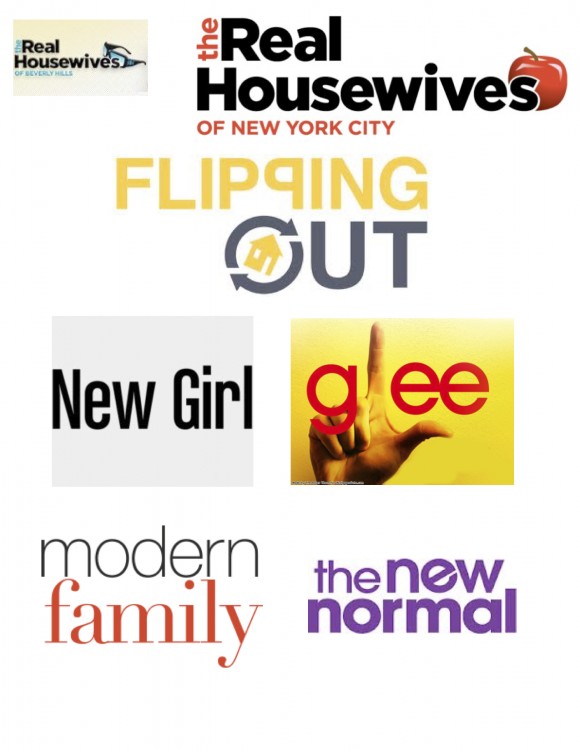