Most of the time, you are probably accustomed to meeting our couples when we post their engagement pictures in anticipation of their upcoming wedding.  It gives you a little sneak peek into their personality, style and why we love them so much.
Today, I am shaking things up!  When Eddie and Sybil came for a consultation I asked the usual question, “How did you get engaged?”  There was a pause…smiles…nervous laughter.  So I followed up with, “Oh, well are you engaged?!”  A few more laughs and truth be told the proposal hadn’t happened quite yet.  In fact, Sybil was giving Eddie a hard time for never even asking her to be his girlfriend.
Fast forward a few months and this dynamic duo became official…official boyfriend/girlfriend and officially engaged!  Eddie is in the film industry and had the hookups to have his team capture the proposal and after party.  Lucky us!  Not only do Sybil and Eddie have a lasting keepsake of their proposal, all of us get to witness as well!  What I love about Sybil and Eddie is they are real.  They are smart.  They are curious.  They are so.in.love.  Stay tuned for updates as their Las Vegas wedding unfolds at the amazing M Resort with the oh so fabulous, Chelsea Nicole. 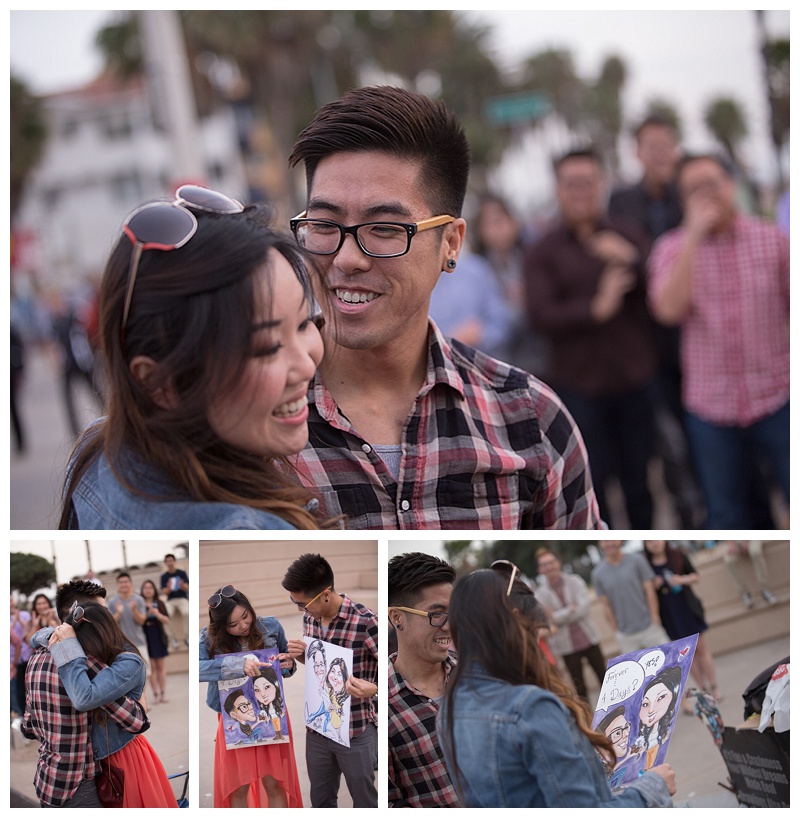